The fall of the Czech mortgage market continues, the volume of mortgages granted in May increased slightly by 3.4% compared to April, but this seasonal growth is normal for May. Housing loans worth CZK 40.555 billion were provided in May, however, in a year-on-year comparison, the overall decrease remains around 60%.

The further cooling of the mortgage market reflects the significant tightening of the CNB’s monetary policy. At the last meeting of the bank board on 22.6. was decided on a draconian increase of the reference 2T repo rate by 1.25 percentage points, i.e. a change from 5.75% to 7.00% (corresponding to 1999 values).

The 7% threshold was already exceeded for the first time, so far only for 1 and 3 year fixations. However we can assume that bank offers will increasingly start at 7% even for longer-term fixations.

mBank was the first to even announce that the 8% threshold had been exceeded, i.e. for 1 and 3 year fixations for the time being. However the differences between the banks are deepening, and mBank with its approximately 2% market share is definitely not setting the trend for mortgages.

Most bankers expect rates to peak this year and predict a decline early next year. From July 1, 2022, the CNB will be managed by a changed bank board headed by Governor Aleš Michl, from whom many economists hope for a dovish change in course, i.e. a gradual end to the tightening of monetary policy. We will see if the development of the economic situation in the coming months will allow the new governor to turn the imaginary rudder.

Average mortgage May 2022:  the average amount of the mortgage in May remained almost unchanged, i.e. 3,166 thousand. CZK, but the average monthly mortgage payment increased.

Refinancing
Most banks usually offer interest rates for refinancing previously granted loans with lower rates against new mortgages. The ability to verify the client’s history allows banks to reduce the trading margin. It is currently possible to get rates from 5.34% p.a. 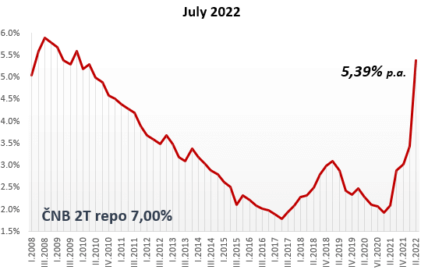 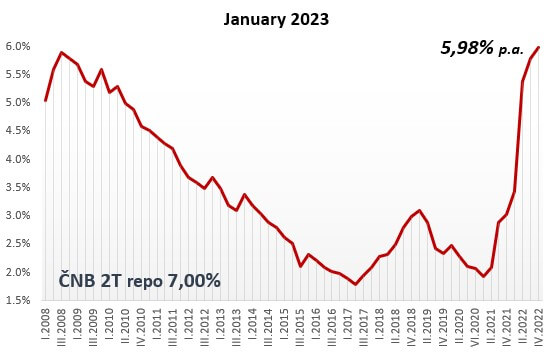 Warning: call_user_func_array() expects parameter 1 to be a valid callback, function 'mycustom_wp_footer' not found or invalid function name in /web/htdocs4/czech_loancz/home/www/wp-includes/class-wp-hook.php on line 307